Janesville defensive lineman celebrates after being expelled from Turkey Valley in an eight-man game in Janesville on Friday. 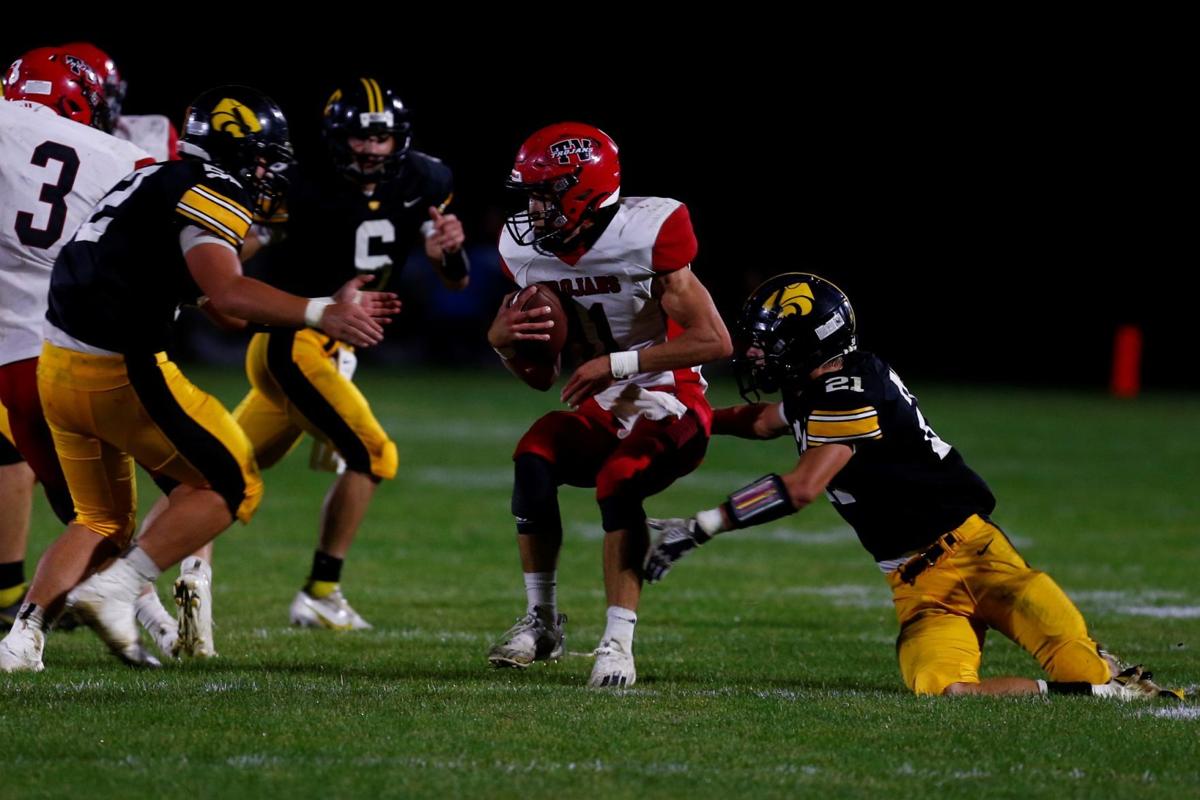 Turkey Valley quarterback Noah Hanson is surrounded by Janesville defenders during a run in the second quarter on Friday in an 8-man game in Janesville. 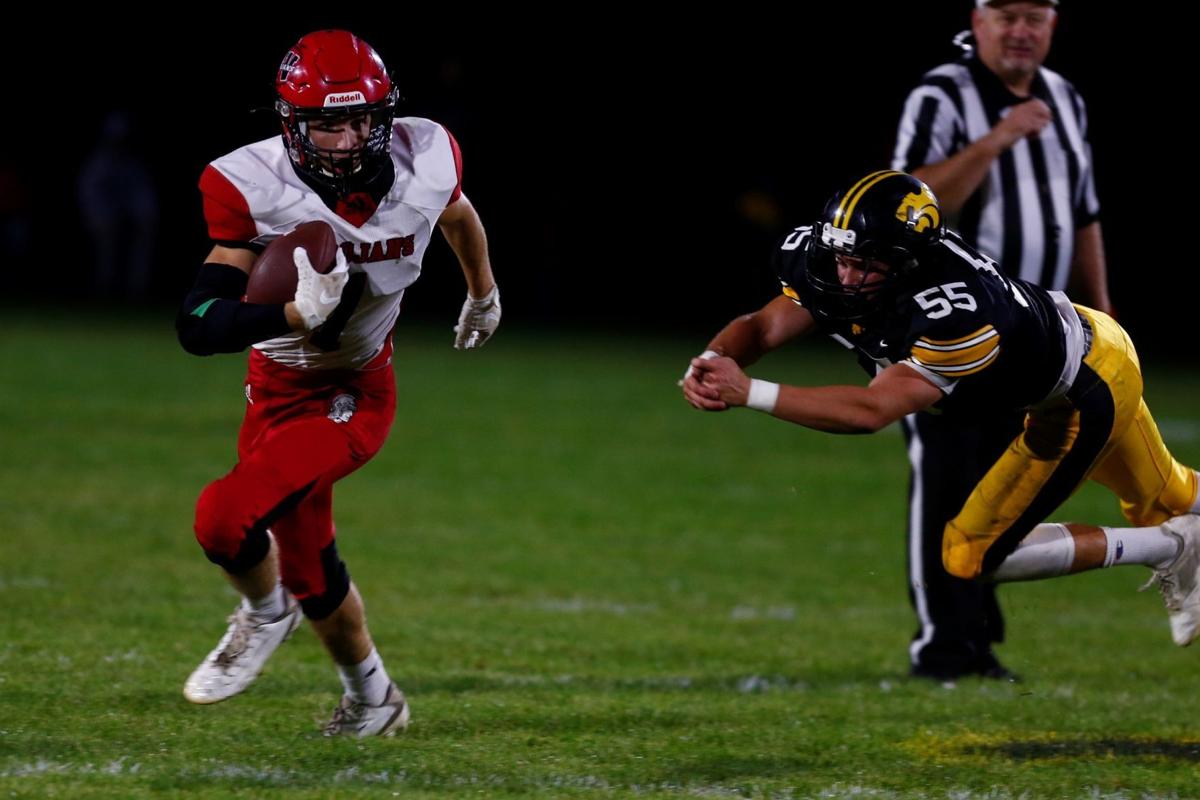 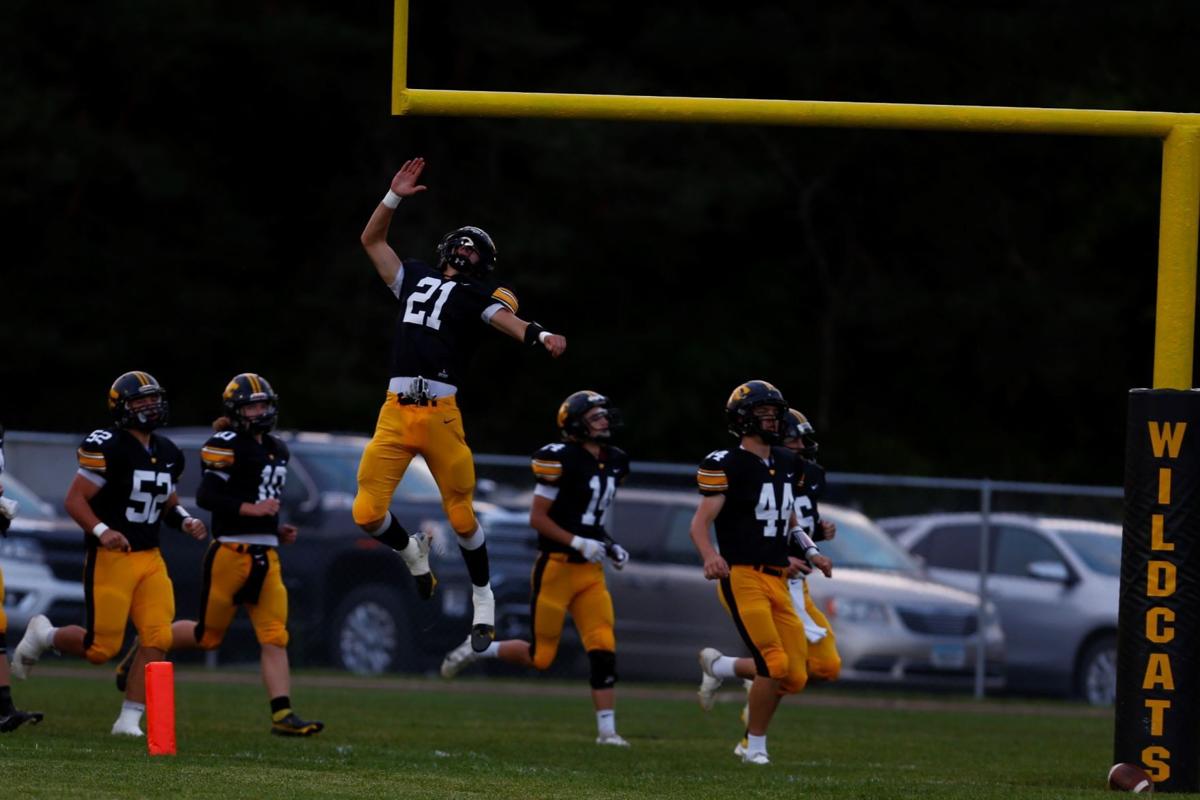 Janesville’s Jared Hoodjer jumps and hits the goal post as the Wildcats race onto the field in Janesville ahead of their eight-man game with Turkey Valley on Friday. 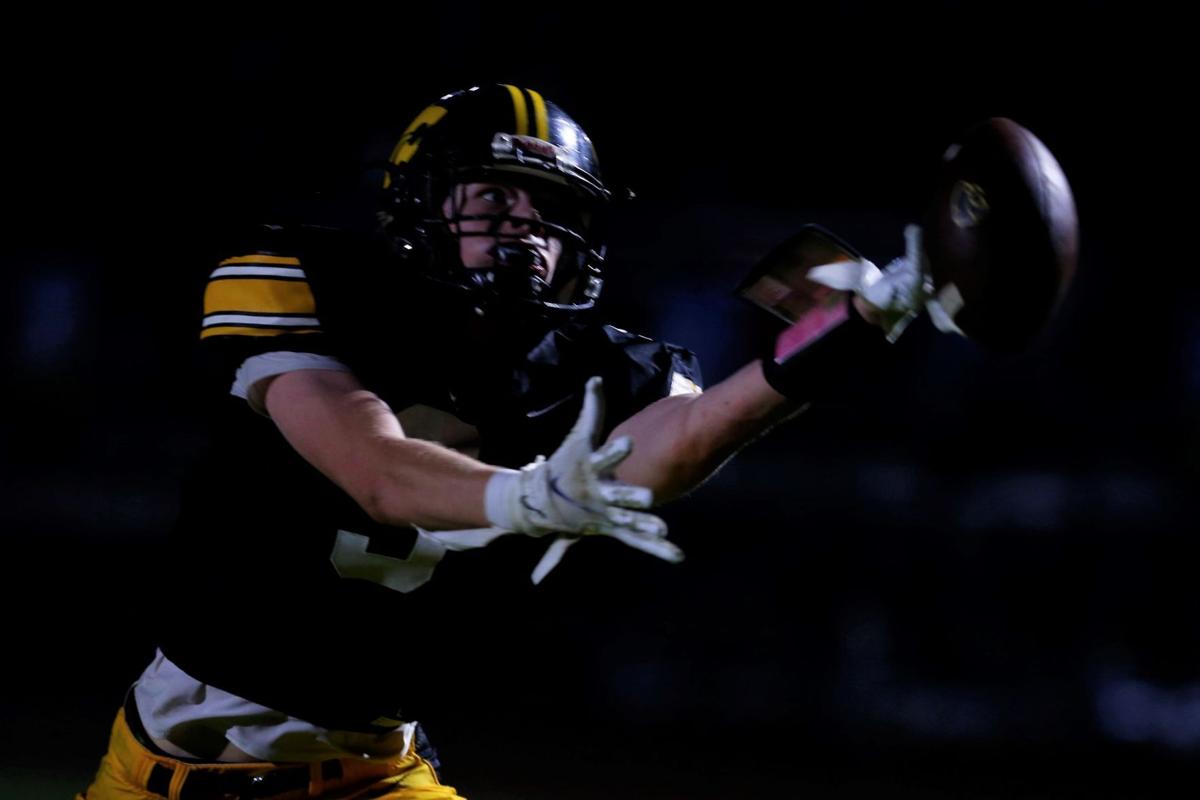 A pass falls inches from the fingertips of Janesville wide receiver Wiley Sherburne Friday in an eight-man game against Turkey Valley in Janesville. 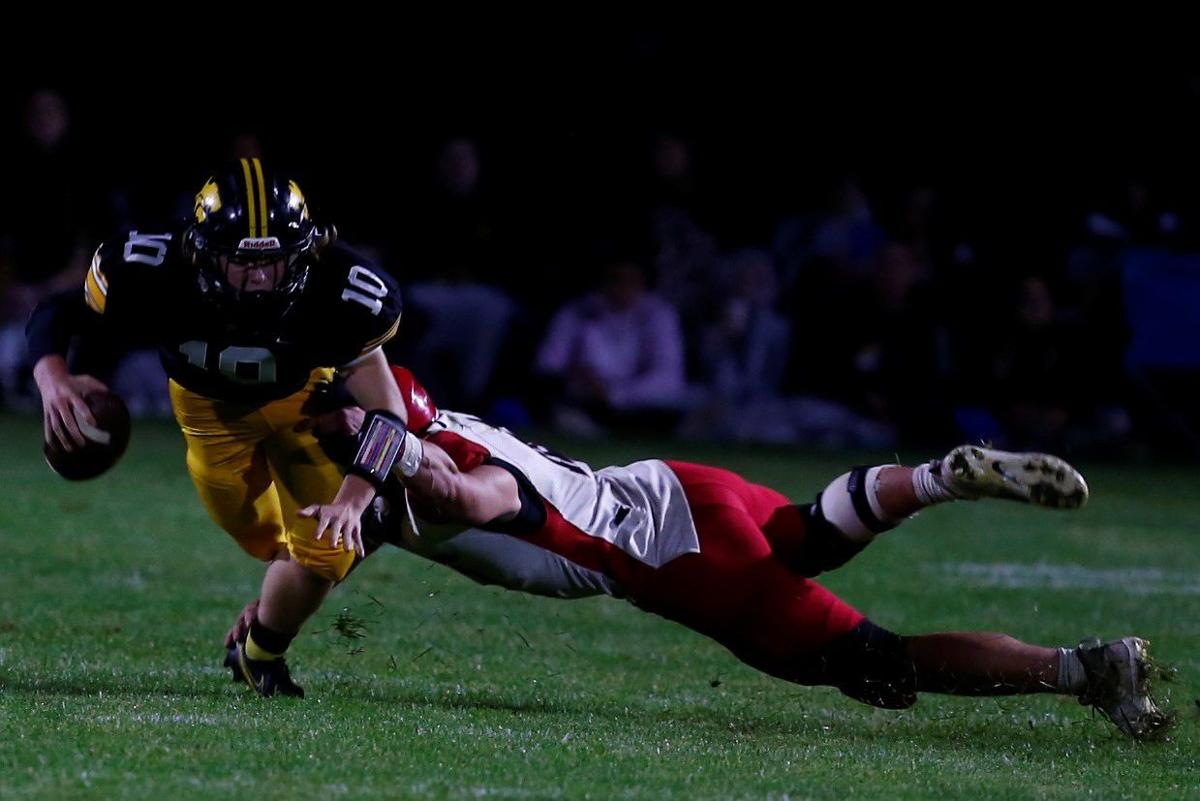 Janesville quarterback Keegan Eastman tries to get out of a sack attempt by a Turkey Valley defender during an eight-man game in Janesville on Friday. 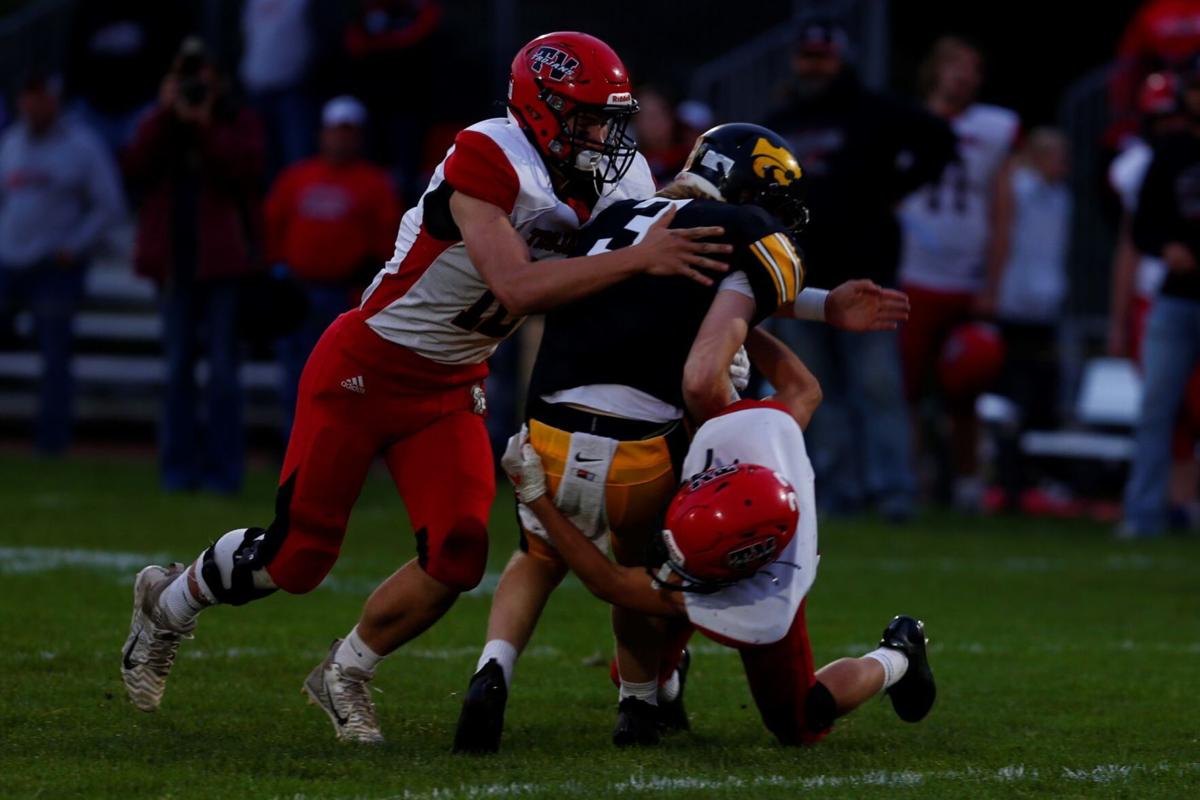 Janesville’s Wiley Sherburne, 3, was attacked by two defenders of Turkey Valley on Friday in Janesville. 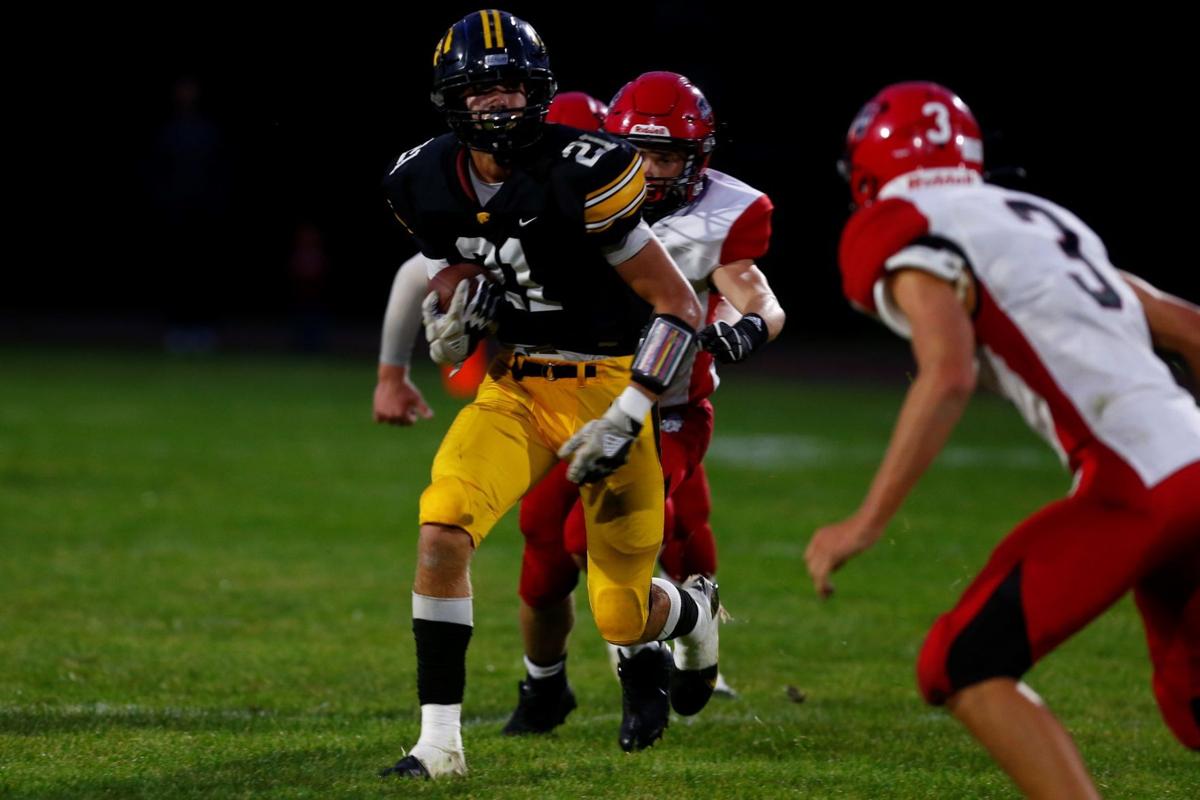 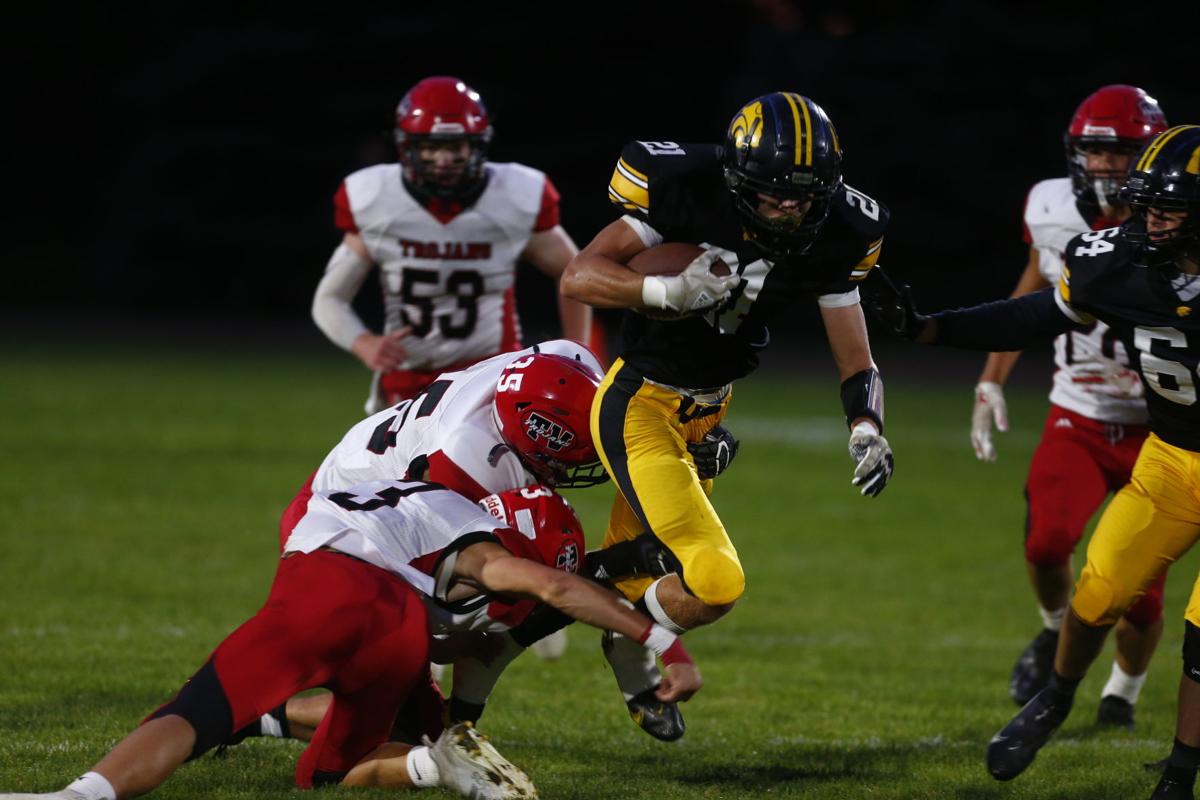 Janesville running back Jared Hoodjer is tripped by defenders of Turkey Valley on Friday in the second quarter in Janesville.

JANESVILLE – The mid-season battle between undefeated teams Janesville and Turkey Valley from Jackson Junction turned out to be exactly what both coaches expected in the eight-man district three game.

The Trojans made some early mistakes by the seventh-placed Wildcats and then held a late rally from Janesville for a 28-22 win.

“They (Wildcats) aren’t that big a team but they play big,” said Turkey Valley manager Mark Scott. “They dictated to us most of the night and we just had to fight our way through. They took our game plan away, so we just went for them. We gave up a few points and we had to hold on in the end.”

The Trojans and Cats exchanged hands in the first four drives, then senior returner Marcus Herold opened the gates with a 54-ard sprint into the end zone with only 1:45 in the first frame.

Herold crossed a short 4-yard burst at the start of the second and Carson Busta attempted to end the game with a shot on goal from 12 yards.

The Wildcats had to take a break and not let the guests run away with the game.

They got the break they needed when Keegan Eastman took over quarterback after starter Leo Dodd was injured in the first quarter.

Eastman saw Wiley Sherburne break for the right end zone and fired a pass in his direction. A Trojan defender pounced on the ball and tipped it away and into the hands of Jaden Appleby to get the result.